A Unique View of CHS: Foreign Exchange Students Give their First Impressions by Inés Alba Vázquez

Someone is new to CHS? No problem. They don’t know their way around or their schedules? No one really does at first.

But what if that someone were surprised about the hand sanitizers in every single classroom? What if that someone thought that the cafeteria’s tater tots were fish? Well, then there might be something fishy going on there, and we are not talking about the tots anymore, but the foreign exchange students. 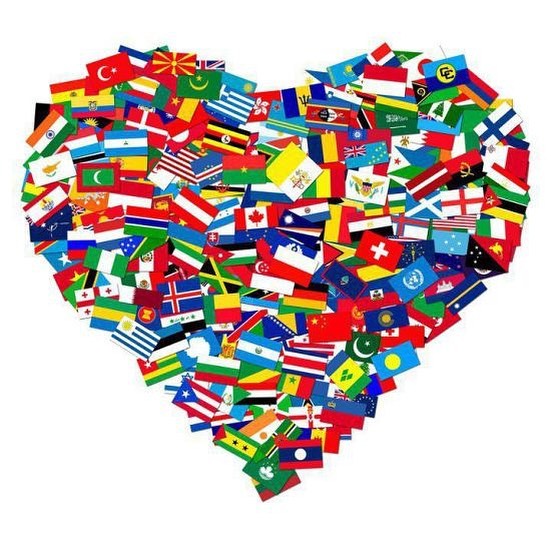 HAVE YOU EVER WONDERED WHAT IT FEELS LIKE COMING TO AMERICA FOR THE FIRST TIME?

Someone is new to CHS? No problem. They don’t know their way around or their schedules? No one really does at first.

But what if that someone were surprised about the hand sanitizers in every single classroom? What if that someone thought that the cafeteria’s tater tots were fish? Well, then there might be something fishy going on there, and we are not talking about the tots anymore, but the foreign exchange students.

Have you ever wondered what it would be like traveling to a completely different country and attending a school that is nothing like the ones you are used to?

Every country has its own traditions and quirks that may seem obvious to someone who has been living there for his/her entire life, but those traditions might not be that evident for someone else.

As a foreign exchange student myself, the fact that there is a box of tissues in every bathroom is kind of peculiar, and I promise that the first time that I showered in America I didn’t even know how to turn it off (it took ten minutes and almost flooding the bathroom for my roommates and I to figure it out).  Therefore, I figured that it would be interesting to ask some of the foreign exchange students about their arrival in this country and their thoughts on the school compared to those of their country.

Interviewer: What is the thing that impacted you most when you arrived in America?
Pablo Ciordia, a foreign exchange student from Spain: The sizes of the things: Coffee, food, houses… Everything is bigger!

Carina Girich, a foreign exchange student from Germany: That everything can be so different. Something we saw in movies, like the yellow school buses and it’s so cool for us that’s real. This is only one of a lot of examples. The same thing is with dances, Homecoming was my first school dance because we don’t have dances in Germany.

Sofia Abbas, a foreign exchange student from Italy: The thing that surprised me most when I arrived in America was to see how sweet and helpful people are.

Interviewer: For you, what are the three most curious things about the high school?

Pablo Ciordia: Rotating classes, in other words, having to move from one class to another. Also, the yellow bus that you see in every movie and the amount of sports fields that they have.

Carina Girich: The first thing I think is that we don’t have breaks like a 15-minute breakfast break to calm down before the next class. The second thing is the sports after school, it’s not really curious but it’s so cool to see how many kids do some sport for school and how many kids come to support them at the games every time. Maybe the most curious thing for me is that we cannot go outside at lunch for example. To go outside and have a seat and enjoy the weather and get some fresh air. In most schools in Germany, you have to go outside at break time.

Sofia Abbas: The first thing I find interesting at school is that there are no oral assignments and that the teachers are always kind and helpful. The second thing I love is that you can eat during school hours, I think it’s a great way to stay focused. The third interesting thing is the dances, Homecoming, Winter Ball and Prom, I think it’s a great way to make the school think of a pleasant place.

Interviewer: What do you miss the most about your country that you cannot get/haven’t seen here?

Sofia Abbas: The thing I miss most about my country is my people, I miss my family and my best friend, and to be honest I really miss my social life, like go to the disco or have aperitifs with a view over the whole of Rome, or do shopping in Via Condotti with my mum or friends. And obviously I miss so much of the Italian food.

This is only a little insight into our thoughts.  When we first got here, there were some doubts at the beginning. We were not really sure whether we were going to fit in, like any other student who is new to a high school. The furtive glances and whispers when the teachers say you are not from this country might have emerged from curiosity, but they could even be interpreted as judgemental sometimes.  So just talk to the person in question if you are interested in their culture because I am sure that all of us will be more than happy to answer any questions you may have.

Speaking of which, if you have any queries that you would like to ask the foreign exchange students write an email or just let us know and remember:

Never judge a tater tot by its flavor.