Seven Books to Read While Stuck at Home By Adrian Lunardelli

We all find ourselves in the same place in these trying times. Stuck at home. Many have gone through complete renovations of their house, cleaned their rooms, completed yard work, and gone to actual work. But what about when we complete it all? As we near the conclusion of the second month of quarantine we are left with a profound gap, an absence. As we complete tasks that kept us busy, how can we stay occupied? We should take this opportunity and explore the world of books as a means of escape and as a way to occupy the time. 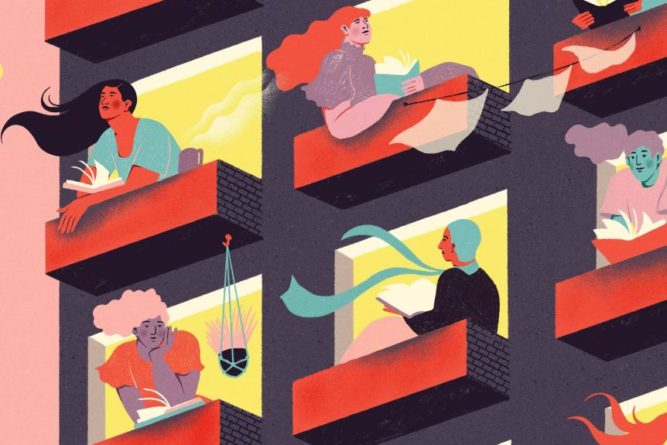 We all find ourselves in the same place in these trying times. Stuck at home. Many have gone through complete renovations of their house, cleaned their rooms, completed yard work, and gone to actual work. But what about when we complete it all? As we near the conclusion of the second month of quarantine we are left with a profound gap, an absence.  As we complete tasks that kept us busy, how can we stay occupied? We should take this opportunity and explore the world of books as a means of escape and as a way to occupy the time.

As we go through this list together, we’ll take a look at books from all genres and hopefully find something that piques your interest. From sci-fi to non-fiction, there is sure to be something for everyone’s taste. From historical figures like Anne Frank to more modern-day writers like Stephen King, beneath each cover is a means of escape from our current situation. In no particular order, here are my top seven books I think people should pick up during quarantine. So, with high hopes that this will soon pass us by, Happy Reading!

Written during the dreadful Holocaust during World War II, the Diary of Anne Frank gives a first-hand account of a Jewish family in hiding from Nazi Germany occupying the Netherlands during the early 1940s and the hardships faced by both the Fank Family and the people hiding them. Written in Dutch, it has been translated to over 70 languages and over 30 million copies have been sold

Although bearing some semblance to our stay at home orders, in no way is this a comparison. It is a diary of a family caught up in one of the worst wars in world history.

With over 350 million copies sold and 3 movies based on it, this book will strike a chord with horror fans alike. Taking place in the small town of Derry, Maine, you follow a group of seven kids designated as “The Losers Club”, who are being hunted like prey by the infamous Pennywise, the Dancing Clown.

A whopping 1,238 pages, don’t let the size of the book scare you away from the story. Stephen King’s It displays the strengths and weaknesses of Stephen King’s writing style and highlights how he was able to write about the incredible friendship between seven children and how it carries into adulthood. After reading this book, there is no wonder why Stephen is dubbed “The King of Horror”.

Dubbed the greatest science fiction novel of all time, Dune boasts 20 million copies sold worldwide. Set 20,000 years into the future and set on the desert planet of Arrakis, Dune tells the story of two warring nobility houses on a desolate planet. Why stay on a virtually uninhabitable planet? Because of a very rare and valuable “spice”, known to enhance a human’s mind, but also cause massive addiction. As if the shifting sands weren’t deadly enough, mining the spice is a dangerous task, as the sound attracts the many meters long sandworms.

Although a movie was made about it, it was not well received by the public. The fanbase for Dune was not an overnight sensation and it took 20 years until it became the worldwide bestseller it is today. And, as of now, rumored on the horizon, two movies, directed by Denis Villeneuve, are in the midst of production for the silver screen.

With 100 million copies sold worldwide, Murder on the Orient Express, by Agatha Christie, follows detective Hercule Poirot as he tries to solve the gruesome murder aboard the Orient Express, a train bound for London from Istanbul (not Constantinople). While onboard, an American businessman has been murdered and forces the train to be stopped. Poirot, a world-class detective, is forced to solve the case and find the murderer, still aboard the Orient Express. This story will keep you on the edge of your seat until the very end. It is a gripping mystery thriller for all.

Regarded as the best fantasy series, The Lord of the Rings continues to be a fan favorite. Now, technically four books, The Hobbit, Fellowship of the Ring, The Two Towers, and Return of the King, I will call the technicality because all four have been published as one book. J.R.R. Tolkien, “The Father of High Fantasy”, takes us on an incredible journey, starting with The Hobbit, across the mystical Middle Earth on the journey to reclaim “The Kingdom Under the Mountain”. The rest of The Lord of the Rings books take you on a three-book story to the summit of Mount Doom in order to cast the One Ring into the volcano’s molten depths.

With three movies directed by Peter Jackson, the books still remain fan favorites. The three movies based off of The Hobbit were not as well-received, but make no mistake, they are still very good stories. Just do not let any of the movies take away from the journey found beneath the covers of J.R.R. Tolkein’s works. The incredible adventure that these stories take you on will be one heck of a ride

With 11 million copies sold, Arthur Miller’s Death of a Salesman is considered one of the best plays of the 20th century. It is a play told through the eyes of the protagonist Willy Loman, a traveling salesman for 34 years who believes he is vital to New England. He comes home one day tired as can be and asks his boss if he could have a desk job, but is denied and then fired. His life begins to fall and crack from there. All the while his son is trying to make some peace with his father. An incredible play from the mind of Arthur Miller, the story plays on man’s inability to adapt to change.

Written by Edgar Allen Poe in 1845, it is a poem about a man lost in sadness and despair who is falling into the pits of madness. As the man starts to lose his mind, a bird flies into his room and says one single word, “Nevermore”. Although this poem is what sparked some fame for Poe, it never helped him financially. A dip into the dark twisted mind of Poe, The Raven is a literary classic.