This club was created to promote healthy relationships between the straight members of Coventry High School and those who identify as lesbian, gay, bisexual, transgender or questioning (LGBTQ+). So far, the club has created unity between everyone who comes to the meetings. 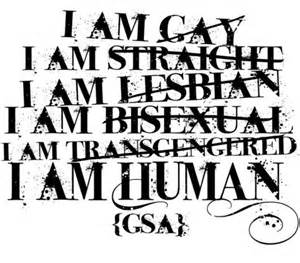 Recently, I was given the privilege of speaking with the bright and innovative Hannah Curran who came up with the brilliant idea of creating a GSA at Coventry High School. GSA stands for gay straight alliance. These types of clubs began in schools to fight both homophobia and transphobia in schools. While you may not think that these are big issues in our school, bullying still sometimes occurs.

This club was created by Hannah and a few advisors  to combat  bigotry and rudeness. Hannah began seeing a need for this club during her freshman year at Coventry High School (2014-2015 school year). So far, the GSA has created a warm and welcoming community that is supported by the students and faculty at CHS.

When Hannah was asked to give a sentence to describe the GSA meetings, she stated, “A place of acceptance.” This club was created to promote healthy relationships between the straight members of Coventry High School and those who identify as lesbian, gay, bisexual, transgender or questioning (LGBTQ+). So far, the club has created  unity between everyone who comes to the meetings.

Hannah based this club off of the values of kindness, trust and understanding. During the first meeting, a few “norms” were created. These were ideals that every member of the club felt should be had. Included here were: be kind, no talking while someone else is talking, be respectful, and lastly, no cell phones while conversation is happening.

In future years, the club hopes to continue to grow. Hannah states, “I want the club to continue on. Hopefully someone younger than me joins the group while I’m still around, and will take over as someone other students could turn to for knowledge about the group or if they have any interest in joining after I graduate.” The turnout has been very good so far, therefore there seems to be a great future for this club.

If someone were to walk into a GSA meeting for the first time, they would be greeted with smiling faces and lots of laughs. To go back to the purpose of the club, people would also witness friendships growing between those who are part of the LGBTQ+ community and those who are great supporters. Everyone in the club is supportive of one another and would do anything in their power to make a newcomer feel accepted.

The response from teachers has also been very nice. “My teachers always ask me, ‘How is the GSA going?’ and some of the administration that I know always ask when they see me.” To Hannah, this has been very touching and encouraging. Not only are the students involved benefiting by the resources provided by the club, but it is bringing the CHS community together. So far, there have not been many critics of the GSA, but Hannah says that if an issue were to arise she would “kill ‘em with kindness and try to educate them”.

The advisors of the club are Felix Sarrubi, Gyda Gudmundsdottir and Michelle DiRamio. Originally, when Hannah went to Mr. Lucian with the idea of the GSA, he directed her towards Mr. Sarrubi. Later on, Ms. G and Mrs. DiRamio joined the team.

The Gay Straight Alliance meets on Tuesdays or Wednesdays after school in 331 every two weeks. Both Hannah and I hope to see you there! When Hannah was asked what she hoped people would take away from the club, she stated “That no matter where you are or who you are, there is going to be someone who supports you and you will never have to be alone.”