Home SOCIAL MEDIA: THE GOOD, THE BAD, AND THE UGLY By ROB PETRARCA

SOCIAL MEDIA: THE GOOD, THE BAD, AND THE UGLY By ROB PETRARCA

While the world sits and watches social media make its mark on society, we must remember that no matter what we say or do in the moment, “Things can live forever in cyberspace … “. 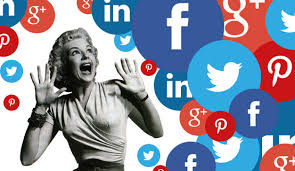 SOCIAL MEDIA: THE GOOD, THE BAD, AND THE UGLY

Today, technology has become a part of our daily lives that we cannot live without.The biggest area of technology that we have become dependent upon for sharing news and information is called social media. Social media consists of websites and applications that allow users to create, upload and share informational content. There are many applications, programs and websites dedicated to social media, among these are: Snapchat, Instagram, Facebook,Twitter and Youtube. These social media tools are mainly used to upload personal pictures, videos, commentaries and gossip to share with other people on the same media network.

A positive aspect of having a social media account is it allows you to reconnect with friends or family members. Being able to upload pictures, and share stories around the world in real time allows those who live far apart to reconnect with one another in the moment.

Additional good can occur when social media sites allow groups and organizations to advertise and promote local events such as fundraisers and local activities to a wide audience relatively free of charge. Social media also allows individuals with similar interests, hobbies and ideas to form social groups in order to collaborate on a large scale.

If people are not careful about their security settings (the controls that allow you to determine what information is shared with other users) anyone could have access to information, facts, and photos that you did not intend to share with the general public.

Sometimes people can post opinionated and/or offensive information and photos that they then decide to take down. Unfortunately, often times even though the user takes down the content, people have already copied and shared the information with other individuals on the network.

The ugly reality for many is that social media can have a negative impact on our overall lives. Today many employers check your social media accounts for what you are posting and choose whether or not to hire you based on the information they have found.

Based on the amount of information you share, criminals can learn enough about you and your habits to possibly stalk your every move.

Social Media has a major influence on many users. Often times tabloid newsgroups will post false or misleading stories in order to sway opinions and influence decisions. Unless users check the sources of articles and pictures they can unwittingly be influenced by fake news.

Society has now reached a point where people have become so attached and dependent on social media that no one pays attention to the world around them and would rather be glued to their screen and the web rather than participating in society without social media. People tend to express themselves more freely and openly because they feel social media allows them to hide their true identity.

While the world sits and watches social media make its mark on society, we must remember that no matter what we say or do in the moment, “Things can live forever in cyberspace … “.